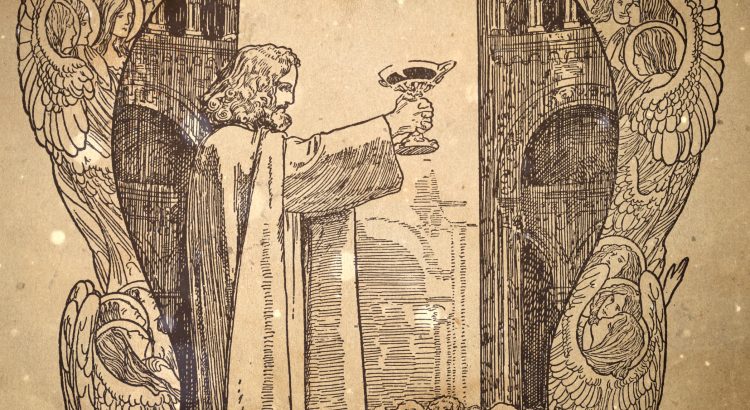 Did Jesus’s uncle Joseph (presumably on his mum’s side) retire to England’s West Country? Did he bring the Holy Grail with him? Common sense and recorded history say, ‘no’. James Shakeshaft says… ‘maybe?’

Join the Loremen in this festive dive into bizarre Christmas traditions, weird biblical outtakes and the dubious origins of the Holy Grail.

We livestreamed the recording of this episode on the Loremen Twitch channel on Dec 23rd (twenty-twenty). If you’d like to see it with extra shenanigans, a few swears and one greenscreen catastrophe, check it out:

Featured image from an illustration by Franz Stassen in Parsifal: a mystical drama by Richard Wagner, Oliver Huckel, 1903.