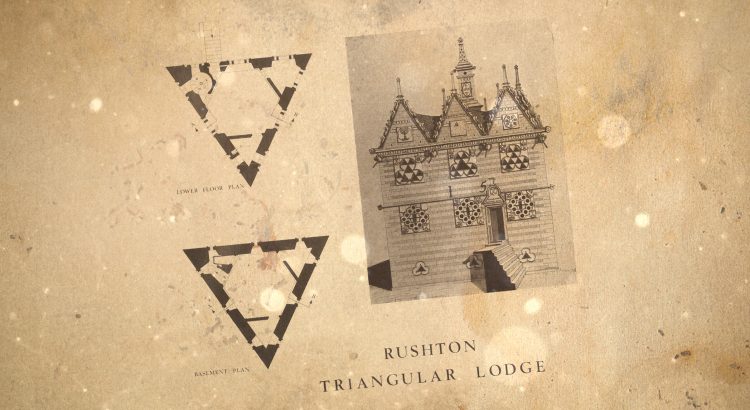 In the smoking room of the Loregentleman’s Club, Mr James Shakeshaft puffed on his pipe with a look of consternation. He found the silence intolerable.

Mr Alasdair Beckett-King, seated in the chair opposite, peered at Shakeshaft through a yellowish haze and his drooping eyes sparkled in the firelight…

This evening’s podcast begins with Alasdair telling James a tale about the Midlands. A land that is neither North nor South. A land replete with mystery and intrigue. A land whose accent neither Loregent can do.

Beginning with the three-sided folly of Ruston Triangular Lodge, the boys discover a drumming well, a perambulating doll and a haunted church that’s thick… wi’ rabbits.